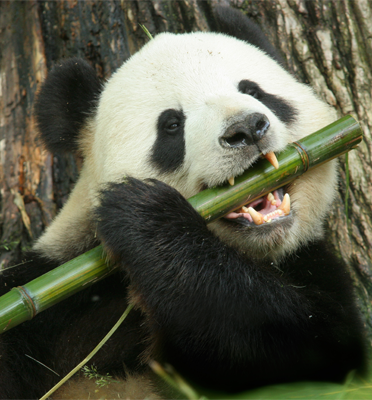 Bamboo and its relationship with Chinese Culture

Bamboo has a long history with culture, specifically in China. Sometimes referred to as the “Bamboo Kingdom”, 40% of the world’s known species of bamboo grow there, making China the country that grows the most bamboo in the world. 1/5th of bamboo’s global supply is produced in China, with Fujian and Sichuan being the provinces mainly responsible for the growth.

Bamboos roots are deep in Chinese culture, with recorded use of it in the country being as early as the 11th century BC. In Chinese history, bamboo has found utilisation to create things such as:
• Housing
• Instruments
• Food
• Transportation
• Books
• Weaponry
• And more!

Paper
Before paper was invented, slips of bamboo were created and used for writing things such as books and documents. “The Art of War”, a famous piece composed by writer ‘Sunzi’ was first written on bamboo in the 5th century BCE. Now it has developed, and we can use bamboo paper for things such as toilet rolls and kitchen rolls!

Transportation and construction
Bamboo has capabilities within transport too, being used to make rafts which were historically used for crossing rivers and fishing. Even to this day, you are able to ride on an actual bamboo raft in China.

Bamboo has always been widely used in construction throughout Chinese history. A material with lots of functions within construction, it has historically been used to make a wide variety of structures from small bridges to astounding rooftops ordered by the emperor. Nowadays, bamboo is still used in some construction sites in China for scaffolding.

A lot of traditional paintings from China feature bamboo as the centrepiece as for thousands of years, bamboo has been utilised as a motif within their paintings.

Symbolism
In traditional Chinese culture, bamboo has had its traits analysed and humanised to have meaning beyond it just being a shoot. Bamboo symbolises tranquillity, flexibility, humility, and simplicity, showing modesty and mental strength. The deepness of its roots represents steadiness. Bamboo makes humanoid comparisons in what it does in tandem with three other plants:

Impact on the Environment
In the late 90s, the government of China created a schemed named “Grain-for-green” with goals to replace land of agriculture with forest to restore the green landscape of China and encourage biodiversity. Many of these forests went through a process of monoculture (referring to only a single species of plant growing) and therefore the bamboo grew rife in the forests it was planted.

Conservation of Pandas
The giant panda is a Chinese symbol of peace, friendship, and harmony in their culture. They are so highly valued within their heritage, that they are used in a process called “Panda Diplomacy” which is the practice of sending Pandas to other countries as a method to establish civil diplomatic relations.

The bamboo plant is the main source of food in a Panda’s diet, so much so that in China, they sometimes are referred to as the “Bamboo Bear”. Bamboo is also a crucial source of food for other animals such as red pandas and golden monkeys, so it plays a critical role in wildlife population maintenance.

We really hope you found this article interesting. Here at Tiboo Bamboo, we understand the cultural importance of bamboo, and appreciate its greatness in its versatility from toilet paper and beyond. We invite you to explore our website and browse our range of Bamboo Toilet Paper, Bamboo Kitchen Rolls, and Bamboo Facial Tissues.