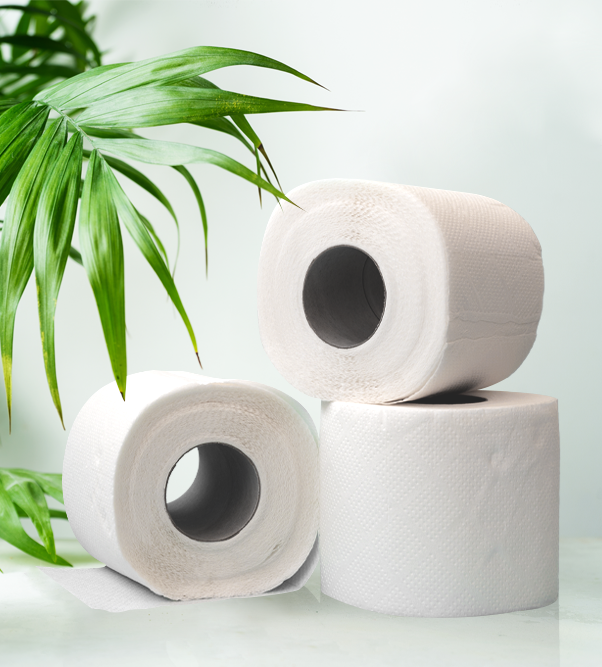 Some interesting facts about toilet paper, the impact of covid and why you should move to using Bamboo toilet paper instead.

Our obsession with toilet paper, highlighted when toilet roll shortages hit the headlines at the height of panic buying, is wiping out forests by destroying 27,000 trees every day.
According to World Watch magazine, toilet rolls and toilet paper alone account for approximately 15% of global deforestation. The Canadian government’s Natural Resources Defence Council has stated that Canada’s Boreal Forest, the ‘Amazon of the North’, is under ‘severe threat’ from industrial logging – much of it for toilet paper and to supply our ever-growing appetite for toilet rolls. Swathes of Sweden’s Great Northern Forest are similarly under threat according to academics and scientists who monitor our use of these natural resources.

If there was ever a right time to switch from toilet paper to bamboo toilet rolls, then surely it is now. Bamboo is the fastest growing plant on the planet. It can grow 3 feet in height – nearly 1 metre – in 24 hours. Unlike other woody plants, bamboo reaches maturity after only 3 – 5 years which means that it is one of the most sustainable resources we have on the planet.

Bamboo releases roughly 30% more oxygen into the atmosphere than the majority of other plants, it also absorbs more carbon dioxide. Because of this, bamboo is a fantastic facilitator in removing harmful greenhouse gases from our atmosphere.

There has been no shortage of images in the media, on TV, and online showing aisles stripped of toilet paper in supermarkets and corner shops up and down the UK. This simple product that we all take for granted has taken over our collective consciousness and has been the catalyst for many a fight as we look to grab the final few packs of this diminishing resource.

Due in part to the globalised adoption of Western lifestyles, demand for loo paper continues to rise and we need to all think about where our toilet paper comes from and how we can reduce the environmental impact of using a product responsible for deforestation.

In the mid-19th century, societies across the world used a variety of organic materials, such as leaves, grass, sand, fruit skins (at least they are fragranced!) and corn cobs’ so it should not be a surprise that toilet paper manufactured from bamboo could provide a solution to many of the problems that are being faced by the production of traditional toilet paper.

Join the revolution and switch to Bamboo – it is the future of sustainable toilet paper.